A BRIEF HISTORY OF THE RSCDS IN QUEENSLAND

Back to Home Page

A brief history of the RSCDS in Queensland

Many of the clubs in the State existed before the branch itself was formed. The first united efforts by those in Brisbane, Milton, Clan Mackenzie, and Bardon, were visits to each other's clubs in 1971, followed by combined weekend schools in 1972, 1973 and 1974 at the initial instigation of Phyllis and Jim South, who were both recipients of the Society's Scroll of Honour in our 25th Anniversary year, 2002. These weekends served to emphasise the need for the training and certification of local teachers to RSCDS standards, and led to the formation in 1975 of the Combined Affiliated Scottish Country Dance Clubs. The S.E. Queensland Branch came into being in 1977, and, with all the ensuing benefits from RSCDS Headquarters, established a solid basis for staging, in 1980, the 5th Australian Winter School, held in Toowoomba.
Winter Schools are held every year in Australia, a weeklong feast of dancing and music organised by a different Australian State Branch. Every seven years it is Queensland's turn. The 12th Winter School was held at Mount Gravatt in 1987, and the 19th Winter School in 1994, also at Mount Gravatt. In 1998 the S.E. Queensland Branch was re-formed as The Royal Scottish Country Dance Society Queensland Branch Incorporated. At present the branch organises three classes, has 116 members (2019) and is connected with many more dancers in clubs all around Queensland.
​
In 2001 the Branch successfully hosted the 26th Australian Winter School at the University of Queensland. The logo on the left, above, was designed for that Winter School by its convenor, Cathy McLeod, and represents 'Celtic Queensland'. We liked it so much that Cathy donated the design to us. Queensland has again hosted a Winter School in July 2008 and in 2015.

The next Queensland Branch Winter School will be held in 2024.
Our thanks to Bernard Knowles, who has been a Scottish Country dancer for over sixty years and who has written a complete history of the South-East Queensland Branch up to 1998.
Download The Complete History 1977 - 1998 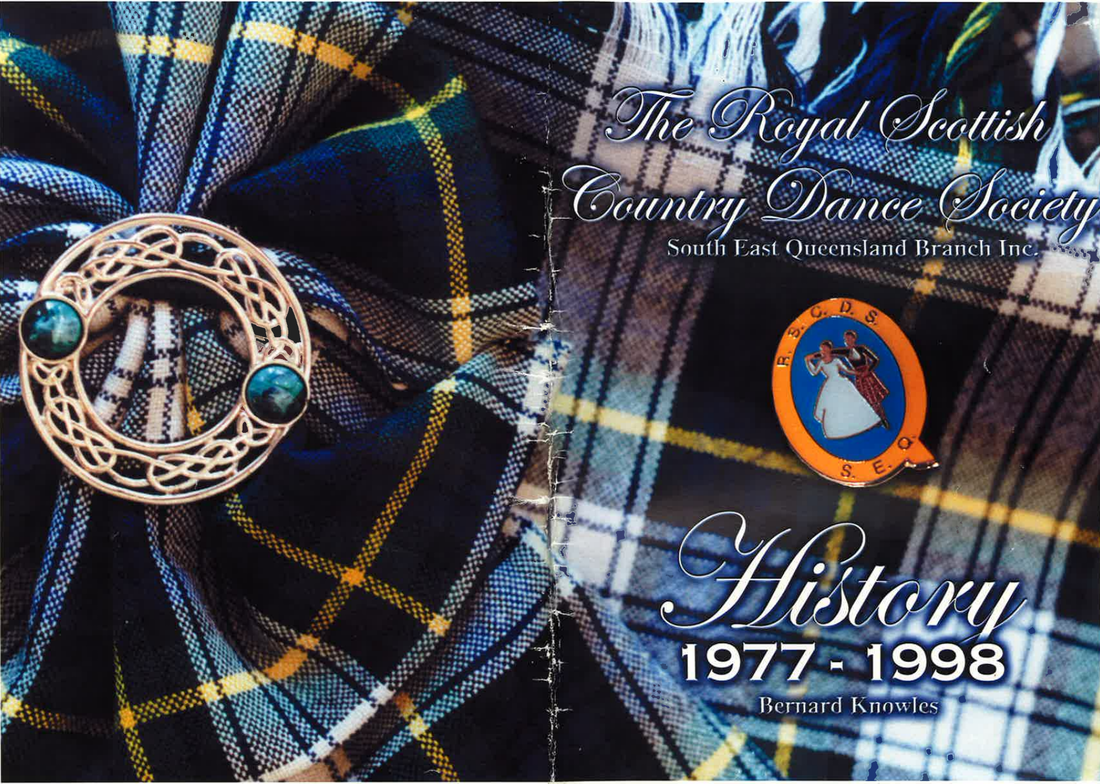