what is the RSCDS? 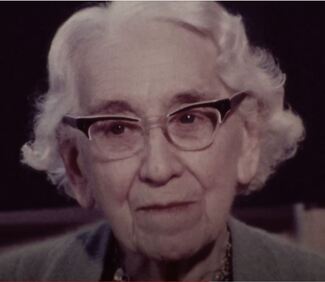 In1923 Miss Jean Milligan and Mrs Ysobel Stewart did not like what they saw. Scottish country dancing was disappearing. Globalisation is not a new thing, and the waves of people moving through the UK and Europe brought other music, other dances and other forms of entertainment.

Miss Milligan had been active in the Beltane Society, which disintegrated during the Great War, and was a teacher of physical education. Mrs Stewart, saddened by the decline of a dance form she had known for most of her life, began collecting dances with a view to publishing them.

Between them, with the help of Paterson's Publications, they formed the Scottish Country Dance Society. Miss Milligan began to teach the dances collected by Mrs Stewart.

During the course of the next few years the Society, driven by Miss Milligan and Mrs Stewart, brought dancers together, collected more dances and set about training teachers. Details of dances were taken from books, music, old programmes and the memories of anybody who could contribute. By the end of 1930 there were more than a dozen branches in the UK.

Scottish country dancing is social dancing. It is usually danced in groups of two, three or four couples, facing each other in lines or squares.

It has its roots in the Highland Reels of Scotland and the 17th century dances of Europe. Together with its English counterpart, Scottish country dance has helped to spawn ceilidh dancing, contra and square dancing.

Quick-time jigs and reels will be familiar to many people. These dances involve a light skipping step, where the dancers move through a series of "figures" - Crossing, circling, reeling and turning in a pattern variously involving the "dancing couple" or their set. Unique to Scottish dance is the Strathspey - a slow reel which uses an elegant style of step. Scottish country dancing can vary from the energetic to the flirtatious.

Scottish country dance is more than "country" dancing. It is a dance for the ballroom, dance hall, village square or local inn. It has been popular amongst gentry, royalty and the common folk for well over 200 years. In Australia we dance in schools and church halls, clubs and pubs, as well as each other's back yards and lounge rooms.
​
The best way to picture it is, of course, in the flesh. All classes welcome visitors and many of the clubs around the country are active participants in display events. Don't be fooled by their energy or their precision - anybody can enjoy it.
Links to other Scottish Country Dancing sites
HOME                     SERVICES                     ABOUT                     UPDATES                     CONTACT